Today was the first time Orewa College has collaborated with the local primary schools to learn about the COL leaders inquiries moving forward. Our day started with a Keynote presentation from Derek Wenmoth - Deep and Engaging Learning, followed by three self elected sessions.


What stuck with me was when Derek said "Unless we understand where we come from, it's difficult to determine where to go next". I feel I know very little about where education began, and how it has developed, even though I know it has considerably. Derek shed a little light on why some foundations that were created/theorised back in the day, which are still prevalent now, such as subjects.

To deepen understanding, Derek suggested the 6 C's; Creativity, Critical Thinking, Communication, Character, Citizenship, Collaboration. He suggested that teachers and kids are becoming bored, and we need to get more excited about learning by shifting away from testing, standardisation and repetition, and put these 6 C's are the forefront of our teaching and learning.

For my first session I attended, we focused on the Key Competencies and how to use them to enrich learning in the classroom. The KC's are an integral component of the New Zealand Curriculum, but I still felt I needed to learn more about how to keep at the front of my mind when planning and teaching.

I had previously seen Richard Wells' 5 tools for learning poster, which breaks down the KCs, and today's session built upon how I could relate to these in the classroom. The presenters had packs of cards which had the KCs on one side, and then a suggestion of how the KC may be covered in a lesson. Our task was to choose one of our unit plans, and explain how each of the five KCs were being developed during the unit, using the card prompts. I broke down my Exploring Substances unit, and found this a great task to deepen the unit plan, and ensure the KCs are deepening.

Session two was an introduction to some ways to use visual media within the classroom. Although I had exposure to a lot of media tools during MDTA, I attended the session to learn about the sorts of things which happen here. My inquiry this year will be focused on literacy strategies, so I was interested how media can support digital/visual literacy, and in turn increase verbal and written literacy.

Some of the suggestions for how to include visual media and imagery, which I could see possibilities for my classes included;


- to tell a story
- creation of storyboards
- breaking down feelings and other things that relate to the picture being taken
- further justification of the pictures being taken, what represents the story that you're trying to depict and why
- creation of movies to explain key words, or ideas that need to take away
- use of still shots can be stitched together to create a short film
- creating memes or GIFs

We had ten minutes to create a photo collage, I created the one alongside, which I thought may be a poster to put up in my classroom. I have seen lots of my friends and students use the app Pic Collage, so this was a perfect opportunity. Another suggested app was Clips for Apple.

The final session of the day introduced the first full cross curricula course at OC; Maths, English and PE. They explained how cross-curricular teaching is about crossing the boundaries we have, breaking the silos and disciplines. There was a strong emphasis on the need to prepare the students for the ever-changing future, which is not like our traditional schooling.

I am excited by the concept of knocking down the walls between subjects, and learning becoming more wholesome, rather than fragments. There appears to be many positives about cross-curricular learning, for both teachers and students (e.g. greater relevance, relationships developed, greater higher order thinking and transferable skills). However, lots of time and planning is required. For this reason, I am going to keep cross-curricular teaching on the backfoot until next year. I would like to get on board with the team next year, once I know my learners and the school more!

Overall, it was a great day, clearly with lots of learning taking place. I met lots of new people, and became very excited for the learning that will take place in the coming months, for myself and my students!
Posted by Georgia Dougherty at 17:30 No comments:

The Beginning of Chapter 2

After two incredible years at Tamaki College, this week I have started the second chapter of my teaching journey. I had so many successes throughout my time at TC, and learnt a huge amount about myself, my teaching and my subjects. I feel I progressed well throughout the year, meeting my 2017 goals, completing my dissertation and Honours degree, graduated from the MDTA, presented at PENZ conference, was awarded Outstanding New Professional Award, and moderated a Twitter chat... all of this on top of my teaching! Last year really was a full on, rewarding year. I was very sad to farewell the TC staff and students. 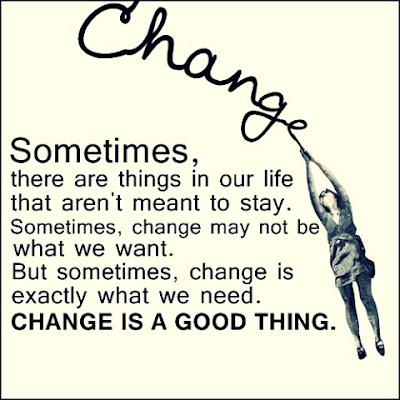 Orewa College holds new challenges, new learning and most excitedly a new experience for me. Over the past few days we've had introductions to PLGs, and the PD opportunities that we will be offered throughout the year. The staff seem like lovely, hardworking, and dedicated people, especially those in my department.

Looking ahead, I am most excited to be teaching Level 2 Health for the first time, and to be teaching classes from Years 9 through to 13! I can already feel myself asking lots of questions, thinking about where I want to go with my teaching, and wondering how to best connect with my learners. I am really looking forward to meeting them, and know I will be writing a post week 1 reflection!

As I don't know my learners or the school yet, I am unsure what my 2018 goals will be yet. I am going to spend time getting to know the new role, before thinking about where to go next. Watch this space, and wish me luck!
Posted by Unknown at 11:00 6 comments:

For my first two years of teaching (2016/17), my labels for my professional teaching standards are PCT1 - PCT12. From the beginning of 2018, my labels are Standard1 - Standard6. Read more here: https://goo.gl/maEJqh